Slađana Matić Trstenjak, born in Doboj, Bosnia and Herzegovina, successfully completed her studies of painting in 2010 with a MFA from the Academy of Fine Arts in Široki Brijeg, University of Mostar. Today, she lives and works in Maribor, where she has already established herself on the visual arts' scene.

On this occasion, Slađana presents her work at the exhibition venue of Hladilnica in Maribor, which is a part of an alternative culture center Pekarna that has for a long time been one of the rare hubs of urban culture and subculture in this part of Slovenia.

The exhibition of works by Slađana Matić Trstenjak could be dubbed an 'atelier exhibition', meaning that the artist will be present at the exhibition every day for as long as it lasts, i. e., the entire two months, during which time she is going to upgrade and enhance her own works as part of an ongoing working process. On display will be works from the period of the last three years, which all share the central theme of the forest.

In spite of the fact that the artist has been persistently painting forest landscapes ever since her graduation from the academy, in her case, this refers to everything but traditional, actual landscape painting. Slađana transforms the status of landscape into dramatic events from her childhood, based on memories of the last Balkan war. Her birth place was the small town of Žepče, wich is located in a valley, through which the river Bosna runs, and surrounded by hills, vast green areas and forests, which served as the artist's playground during her childhood years, while after the war they became nothing but danger zones, where the movement of people is restricted to this day due to landmines. Thus, the forest landscape is not simply a random choice of theme in her artistic oeuvre, but rather represents an introverted exploration of her own psychological states through the prism of painting. By means of powerful contrasts, her forest landscapes stand for the everlasting conceptual dualism of good and evil, although, as emphasized by the artist herself (and as demonstrated through her works) nothing can really overshadow our own inner light.

Slađana creates freely and spontaneously. Choosing the format of the canvas which she places each time upon the easel, is a challenge in itself. Motifs and themes are repeated indeed, but they are skillfully upgraded each time, producing a fresh and inspiring effect. Her color scheme became brighter and warmer through the years, and the size of painted surfaces gradually became larger. Images become more and more abstract, the basic building blocks of her paintings – trees – become increasingly unrecognizable, just like childhood memories slowly fading away. Through the trees' story, Slađana builds and conveys her artistic expression and emotions, which are reflected in the intense color palette and contrasts, with black standing out as the contrasting element to all other colors.

The artist paints in layers: at first, she paints the whole canvas in order to cover the whiteness and preserve the underlying visual structure. This is followed by a second layer, which is used to create a story, although, according to herself, this stage includes entirely unmethodical, random scribbling, basically a croquis. She does not undertake studies, but paints directly onto the canvas; this is an ad hoc approach to creation, which at the same time involves close attention to visual composition, as well as to the subject matter of the work. In fact, the artist expects even herself, as the author of the works, to be surprised by the end product. She paints flat surfaces with visible black contours and even black surface areas; apart from acrylics, she also uses various pastel colors and chalks, and even alcohol-based marker pens, which cannot be covered once applied, hence the works are often also upgraded by means of collages, pieces of paper attached to the canvas to cover what was painted before, or so that the paper becomes a kind of an extension of the painting, which stretches across its borders, falling down like a waterfall, or diverging like some wild, uncontrollable path. The collages are a substitute for the missing elements, which indicate a way out of the painting, or a solution in terms of composition. This is related to the artist's idea that she is sometimes distracted by the border of the canvas, she believes the painting should continue, and achieves this by using the technique of collage, which she usually covers with an alcoholic marker pen.

Slađana takes a step forward each time she paints. While creating, it often happens that she deliberately destroys certain details while building the composition, which only adds to the quality of the work in its final stage. Her works are highly abstract in spite of the evident divisions into painting surfaces. In them, we can recognize tree tops and perceive the painted hills, though at the same time it is clear that they are not realistic paintings, or efforts in search of a substitute of realism. What is painted is a landscape, which in a modern view has become a substitute for human drama. It replaces the dimension of essence (substance); this is highly subjective expressionism, an emotional landscape that can be seen as a challenge, which should take us towards a possible experience of that which we call atmosphere, or mood. Even Dante, for example, in the first terzina of his Inferno, refers to a selva oscura, a black forest, which symbolizes the decline of rational life, a loss (or the state of being lost) of existence, which becomes gloomy and mysterious. Through this, Dante becomes an arche, or an archetype of modern art, because he was the first to demonstrate what modern-day artists should do in order to comprise the entire history and science of a certain era within their own artistic field: they must be able to create no less than a unique mythological whole, which they look upon in fragments, in the form of the world before them. Modern artists should be able to connect allegoric and historical moments in a purely arbitrary and highly individual manner, and create a work of art that is a world in itself.

The fact that color in a painting is independent from the real color of things, has been known already to impressionists. Yet, there is a certain childlike naivety in Slađana's works that leads her toward light, which is reminiscent, for example  – to draw upon the history of art –  of the fauvists, those artistic "savages", who persisted in the naivety of simplifying forms and surface color layering without plasticity and perspective, with an intense color tonality and powerful contrasts. All these traits can be found in the works of Slađana Matić Trstenjak, who uses her abstract forests to convey a highly personal psychological and emotional response as an expression of atmosphere and spiritual experience of the painting.

" Midway upon the journey of our life I found myself within a forest dark," were Dante's words. Slađana Matić Trstenjak replies with a determined, yet unobtrusive artistic language, which does not allow itself to be custom staled, and deliberately entrusts the viewer with that most important thing: the final judgment.

" Abandon hope all ye who enter here." This is where the artist speaks. 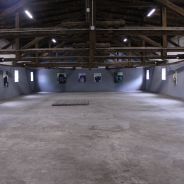 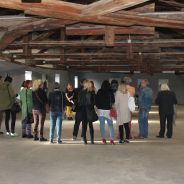 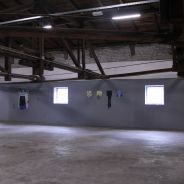